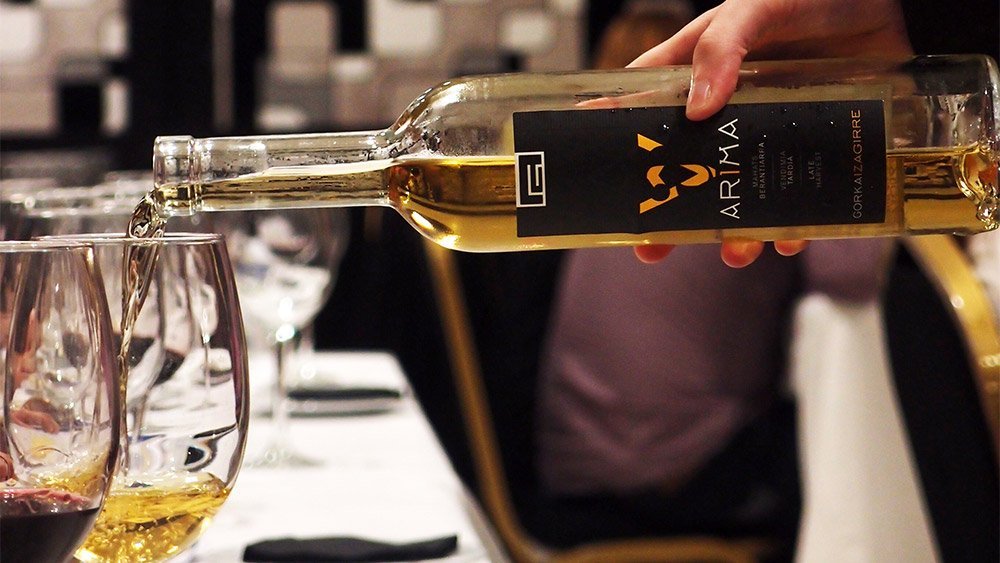 The late harvest of Gorka Izagirre winery has been recognized once again at a global level.

Gorka Izagirre´s sweet wine ARIMA2014 has been awarded with the silver medal in the 20th International Grand Award of Wine ‘Mundus Vini’.
Almost 200 members of the jury tasted 2.235 wines from 44 different countries and they awarded with bronze, silver and gold medals.
This award sums up to lots of other awards that Gorka Izagirre’s ARIMA has accomplished in the last decade. Last year Wines from Spain UK included ‘Arima’ between the 7 best sweet wines of Spain, and the year before, it was considered the best sweet wine of the whole state.  In addition, the prestigious Decanter magazine awarded it with a gold medal at 2013 World Wine Awards

Late harvest elaborated with Hondarrabi Zerratia is picked during November if Biscay’s meteorology allows us to.
After fermenting in French oak barrels of 500l, it grows by its lees during 6 months before maturing in bottle. The sweet must becomes in ARIMA, Biscay’s pure essence.
A sweet melody with fresh hints that joints perfectly with cheeses, deserts and foie. Silky, mature and immersive.