– The competition featured 9,150 wines from 46 countries.
– This barrel-fermented txakoli received the Great Gold Medal along with the Best White Wine Trophy of the entire competition.

Larrabetzu (Biscay), May 13, 2019. The basque white wine ‘42 by Eneko Atxa’ 2015 from the Gorka Izagirre winery has been recognized as the best international white wine at the Concours Mondial de Bruxelles held in Aigle, Switzerland. The contest featured 9,150 wines from 46 countries, which were judged by a total of 363 experts of 51 countries. This is the first time that a Bizkaiko Txakolina DO has received this worldwide rating.

’42 by Eneko Atxa‘ 2015 was awarded the Great Gold Medal along with the Best White Wine Trophy for the entire competition and was the wine with the highest score of all those presented. In addition to this award, the white wine ‘Gorka Izagirre’ 2018, from the same winery, has won the Gold Medal.

This award reinforces Gorka Izagirre’s commitment to working with our native varieties of grapes in the production of txakolis with agings that make them improve over the years, both in tanks and in bottles. 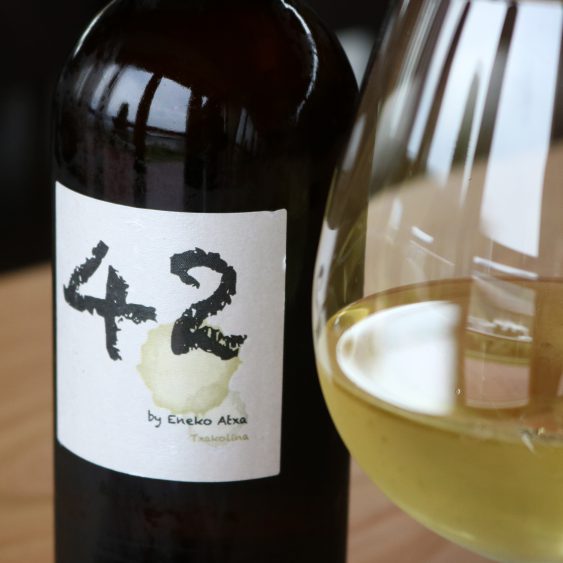 42 by Eneko Atxa is born from the desire to produce a wine barreled in a light, clean oak, respecting the character of our Hondarrabi Zerratia – an Atlantic variety which is grown only in the Basque Country and southern France. It has small and concentrated bunches full of character and personality that give Gorka Izagirre wines an identity of their own.

The selected must is fermented and aged in a French oak vat with a capacity of 5,000 litres before maturing in the bottle. 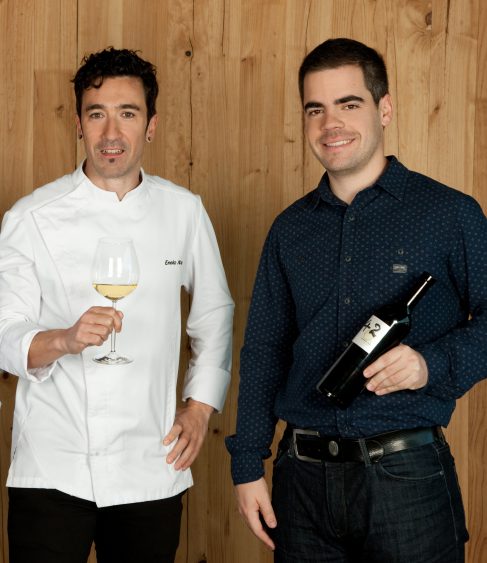 Founded in 2005 by the Izagirre family and led by winemaker José Ramón Calvo, it is a project born from the earth, striving for the evolution of a wine with a great history such as Txakoli. It is a wine with unique character, made with native varietals, ready to break through the great white wines of the world.

Each of the winery’s 14 small plots are located on steep slopes and worked separately. This way, we know year after year the characteristics of each of them, assembling them after the best possible way to create the wines of Gorka Izagirre.

At Gorka Izagirre, we make five wines: the young white Gorka Izagirre, the wines aged with lees in barrel: G22, 42 by Eneko Atxa, the late Arima harvest “Alma”, and finally, “AMA”, a limited edition that will only be released in special years. These wines are gastronomic, complex, round, and very balanced.